Oh crap! I keep hearing “there isn’t going to be any epic snow days this year.” Or “we won’t get to see the snow and wind ‘nuking’ at the local resorts.” Wrong! Are your snow dances not working? Your desperate snow prayers going unanswered? The local weather people not giving you any hope of Monster Dump days? Relax! All is not lost. Not likely by a long shot!

As someone who hits the backcountry often each year, I’ve already had several great snow days this season. The snow isn’t as deep as I’d like it… yet. The power isn’t quite as epic as I’d like… yet.

As a backcountry enthusiast for many years, I love the powder days when it seems like Utah’s “greatest snow on earth” will go on forever. When you seem to come up with yet another reason to stay just a little longer in the Wasatch. That seems to describe last winter’s experience perfectly. This winter seems to have taken a script from a dismal winter with a thin snowpack. Not so fast. All is not lost with deep powder days likely yet to come. And likely this month!

Fortunately, we know that each snow season can be vastly different just year to year. Extreme snow years are often followed by more average years. For example, last year the Cottonwood Canyon resorts were buried with what seemed like endless powder days. This year we yearn for just a few of those days. You know those days well. Where the Monday morning powder flu seems to have swept across the entire office.

The good news is that all really is not lost. In fact, my snow gut tells me that snowier days are ahead. In fact, I’ve seen reference on social media and on the news suggesting that late January could be a fairly active pattern where a monster dump or two are on the horizon.

My good friend and fellow outdoorsman @DanPopeGood4Utah tells me that, “our long range computer models have had an unusually high error rate… still the long range charts are promising for the 19th through the 24th (of January), and still show a series of storms reaching the State.” Dan is optimistic but also tells me his confidence is still a bit low.

And there is precedence for this very hopeful perspective. During the heavy snow season of 2011, the Wasatch were blasted by frequent storms. In fact, I recall hiking in several feet of snow in upper Big Cottonwood Canyon in mid-July. The snow was so amazing even in July that I could have used crampons to negotiate the high Wasatch snowfields.

Now move ahead to 2012. The weather gods seemed to turn against us with a snow season that was opposite from the year previous. That snow season was lacking but even with that Alta (Guard) reported nearly 330” of snow at seasons end! And you won’t be surprised when I tell you the biggest snow totals occurred in 2012. In January, February, and March. In fact, March logged over 80” of the “Greatest Snow on Earth!” Brighton saw similar results with their snow season logging over 350” total. Awesome!

@DanPopeGood4Utah also echoes my hopeful approach stating that, “when November and December are especially dry (for snow), often one of the months of January, February, March or April comes in with more than twice the average snowfall (precipitation).” Wow! Bring it on! 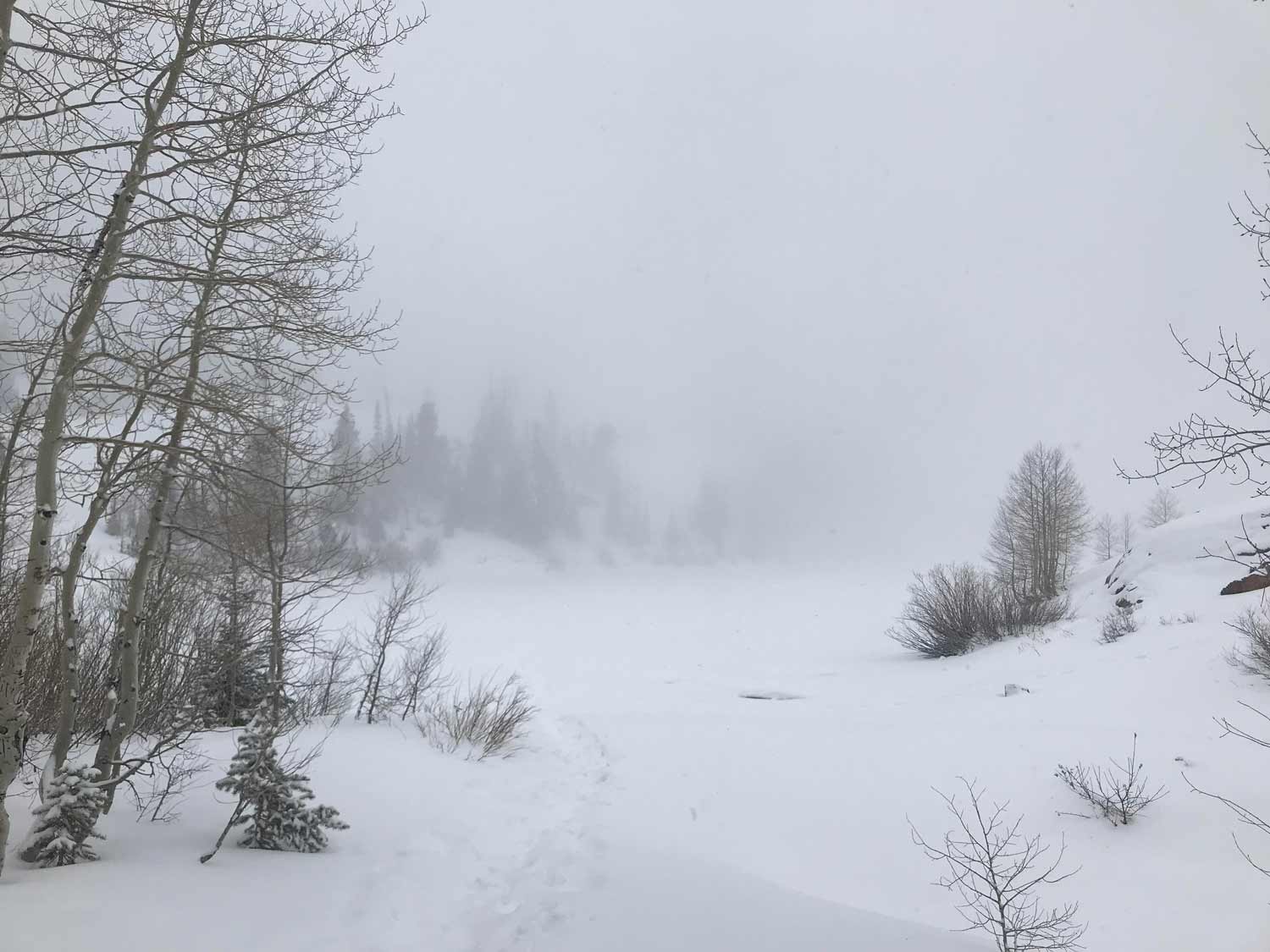 I recall the 2012 lower snowfall season well. I was able to hit the backcountry on a number of occasions and had many great experiences that year. I always do! The view from the top is always amazing.

In fact, I was in the Big Cottonwood Canyon backcountry a couple of times during the past several days. Specifically, the Twin Peaks Wilderness, where the snow though limited, was spectacular. On my hike to Lake Blanche I talked to a number of people who were as excited as I to be in the Wasatch. It didn’t seem to matter that it was nuking snow for a time while there. Actually, just the opposite occurred. We were all excited that the snow season will probably be taking a turn for much better times. I’m counting on it!

If you want to see the snow for yourself, Ski ‘N See has all the gear you will ever need. So, what’s keeping you from hitting it? You really need to get to the resorts or the backcountry to get some turns this weekend. Heck, take a powder flu day. The only regret you’ll have is if you don’t do it. Hit it for sure this weekend!